Top chef Marcus Samuelsson recently opened Tap Room at Clarion hotel Amaranten, a new bar concept which is an extension of his restaurant Kitchen & Table. Tap Room serves cocktails on tap which is a growing trend on the american bar scene but a very first in Sweden.

Lobby Design was asked to create the visual identity for Tap Room and choose to to focus on the golden age of cocktails, the 1960’s. Although, there was a lot more happening than just hitting up the cocktail lounges during that era. The women’s liberation movement alongside the African-American Civil Rights Movement broke new ground for example. While hugely impactful and important topics, we didn’t necessarily want this to be an all out political identity in it’s execution, but rather for it to be the foundation. Therefore we put a fun contemporary twist to it with playful nods to the mad men of the same era by infusing food and liquor in the mix.

To back up these extravagant collages we combined them with simplistic typography that breaks a few rules in terms of how it should be set. We wanted them to be as visually appealing as the collages if placed by themselves but they also had to work in conjunction with the collages as a supporting element.
For all supporting and informative text it had to be understated and modest but still have these small playful and quirky qualities – much like the collages themselves.

The identity was integrated across menus, pre-bottled cocktails, bill holders, stickers and visual signage. The result is fun and quirky just like the concept itself. 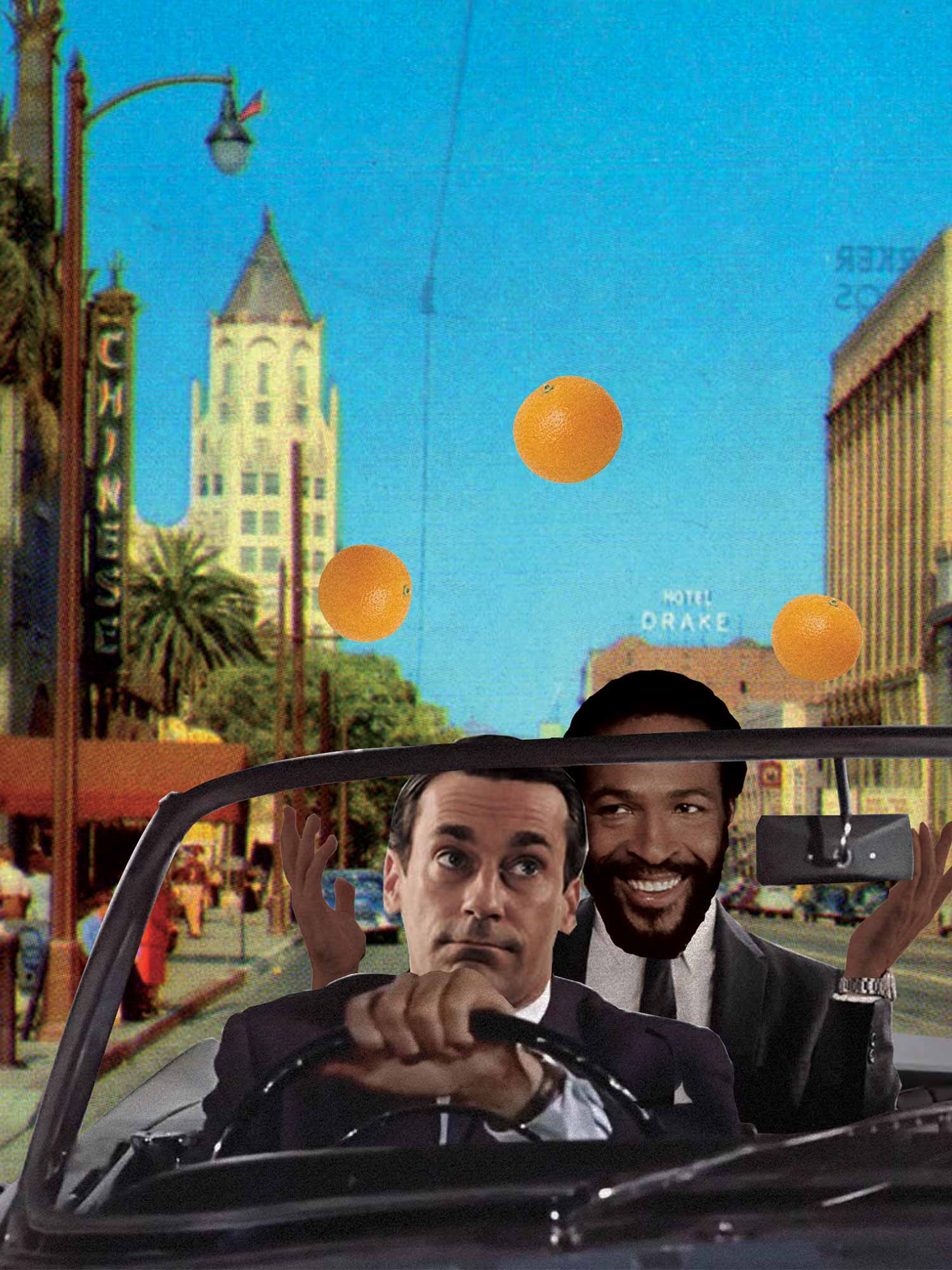 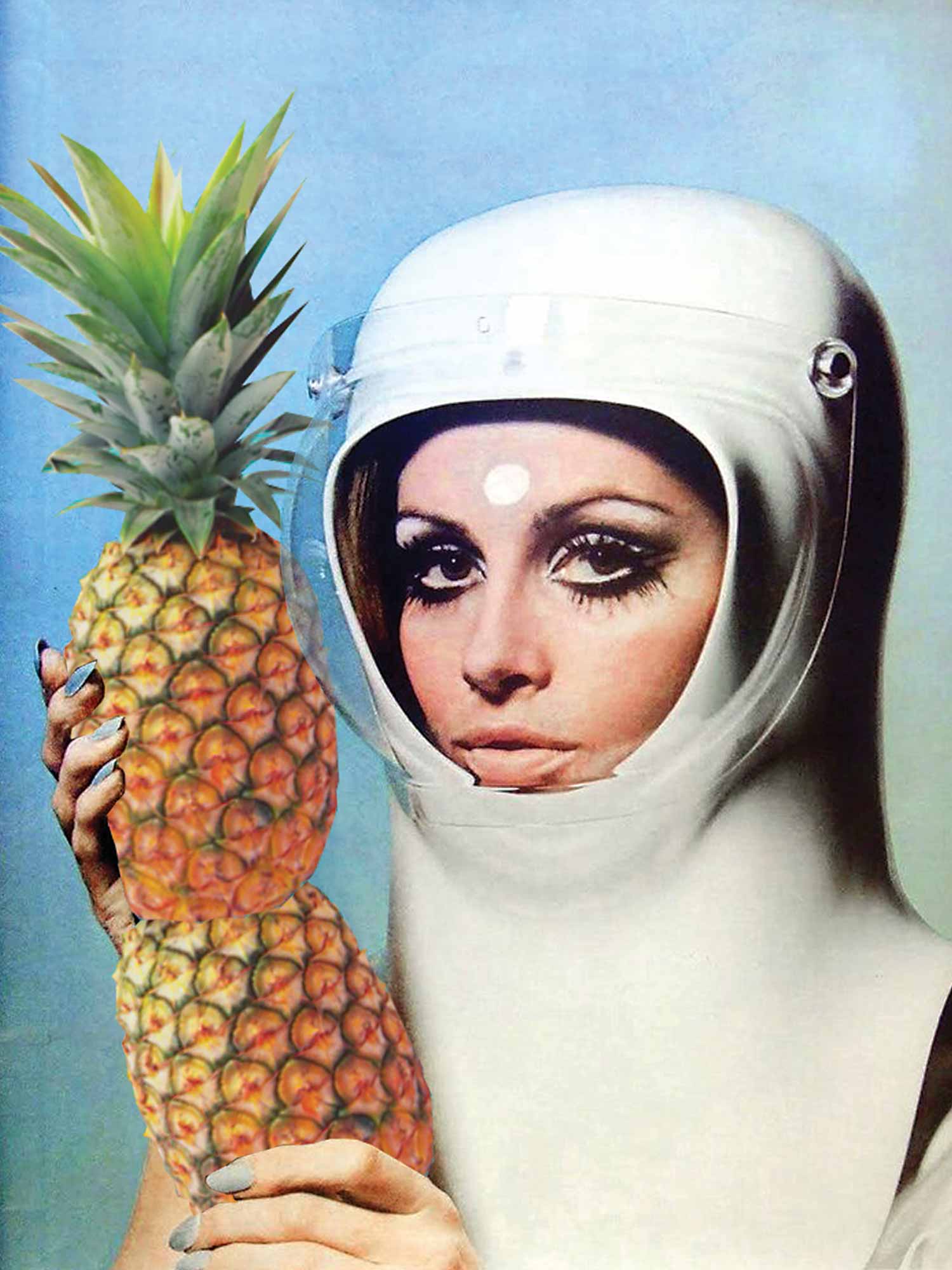 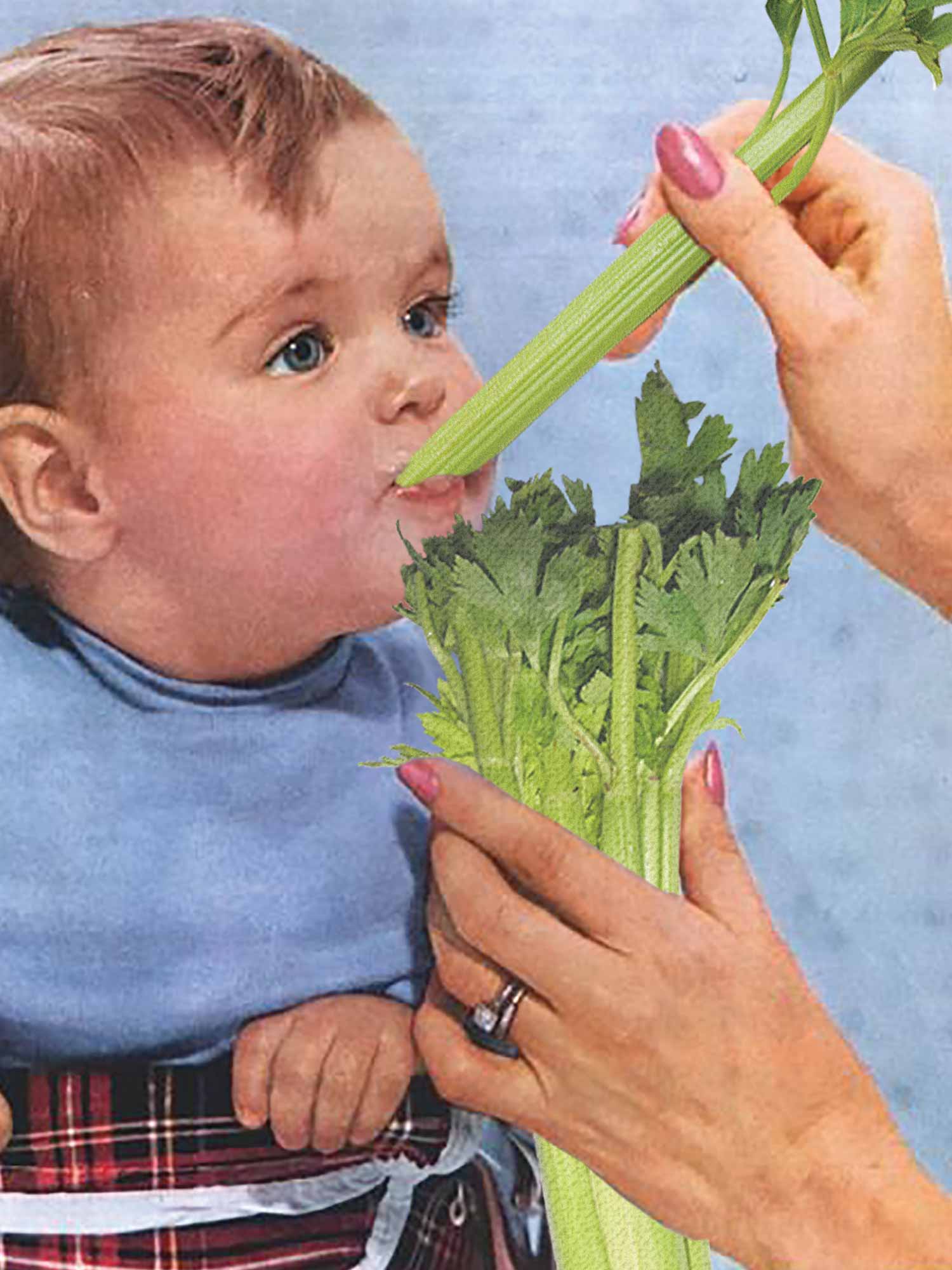 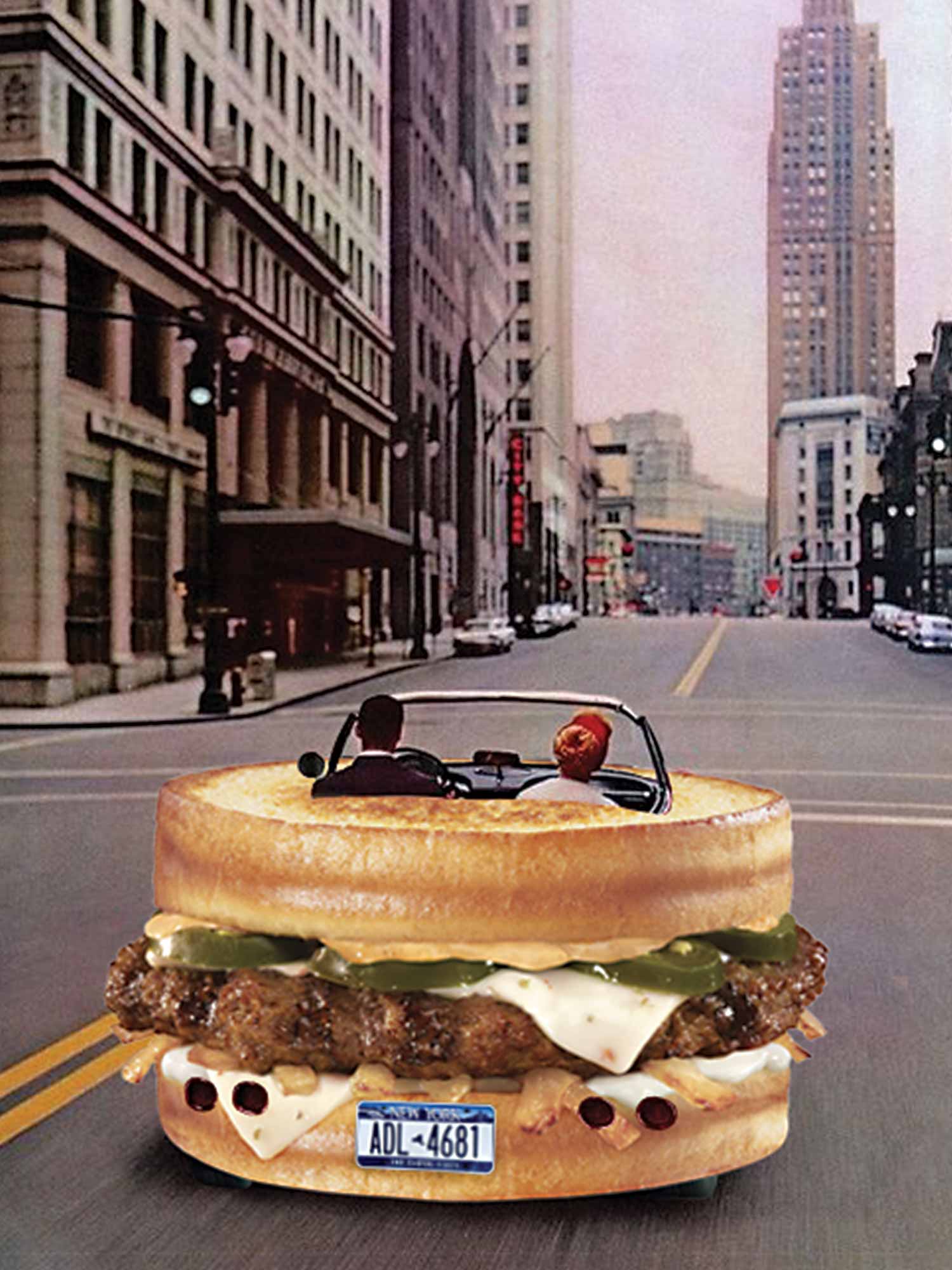