Glamorous and Art Deco inspired identity that celebrates the world of movies for restaurant Paraden.

Paraden is a restaurant in Stockholm, located in a historic movie theatre from the 1930’s. Despite the high ceilings and elegant interior with actual pieces from the theatre such as the original ticket counter, balcony and velvet seats, Paraden offers a relaxed atmosphere and is opened for breakfast, lunch, dinner and drinks every day of the week.

Lobby Design was asked to create the visual identity and website for Paraden. The result is a dramatic and Art Deco-inspired identity with bold shapes, distinctive details and subtle references from the world of movies.

The logo is bold and reminiscent of classic headlines in old Hollywood movies. A hint of Paradens original logo can also be seen in the staples of the “P” and “N”, a tribute to the restaurant’s past.

The fonts and the hierarchy of them are inspired by the aesthetics of movie posters. A condensed strict font together with an updated Art Deco one creates a dynamic and playful contrast that meets the interior.

The bistro like menu is inspired by old school theatre time tables. Printed on cream colored paper, they fit well with the structures of leather and gold.

The color palette with its cold green tones and a complementary pale pink also has a hint of Art Deco to it and is inspired by the interior.

A series of illustrated animals, inspired by some well known movie characters, are used as a graphic element. They make a charming and kitschy appearance on selected items like matchboxes and note holders.

Paraden is a part of Bockholmengruppen, one of Stockholms primary restaurant group with restaurant such as Nybrogatan 38, Meatballs for the people and Restaurang Bockholmen. 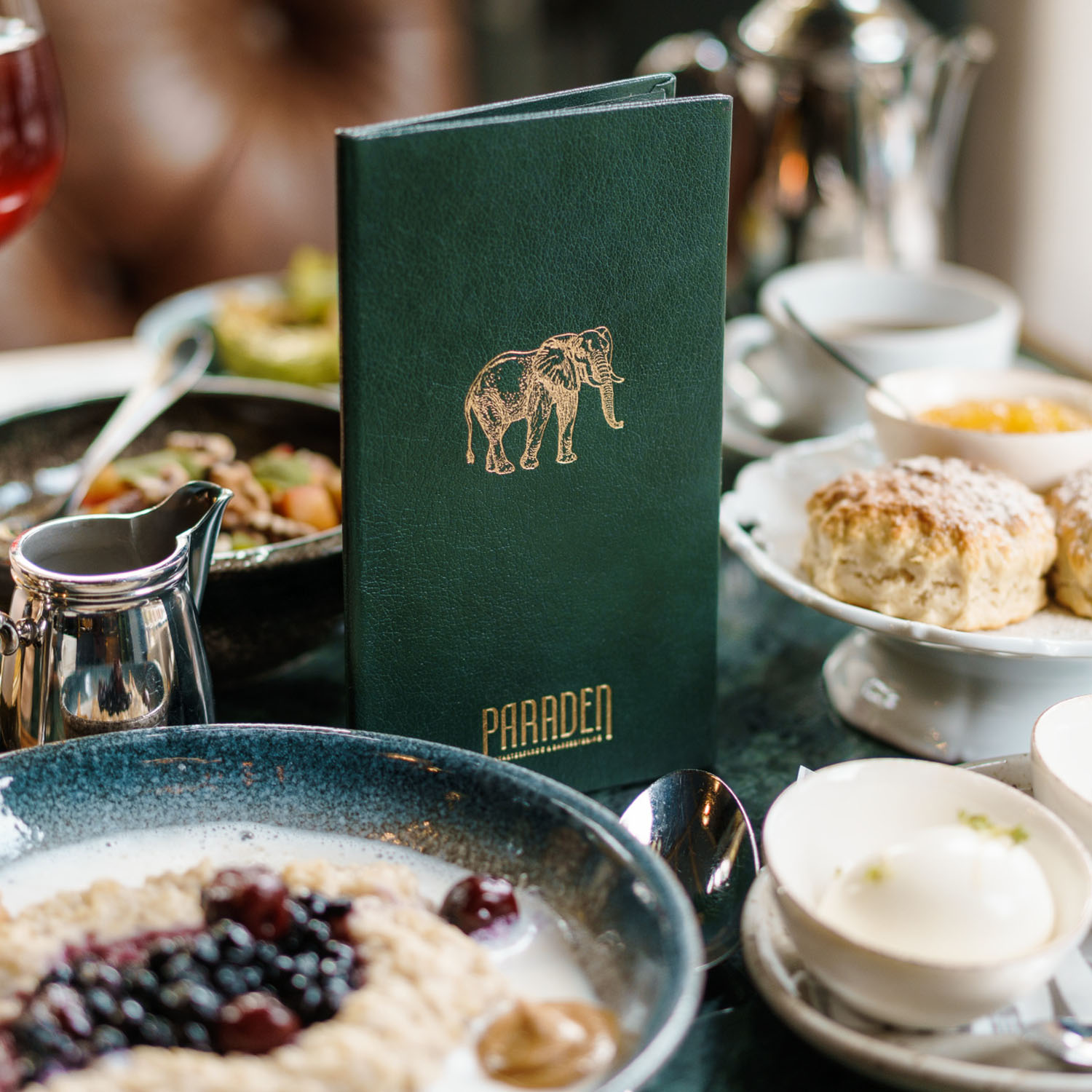 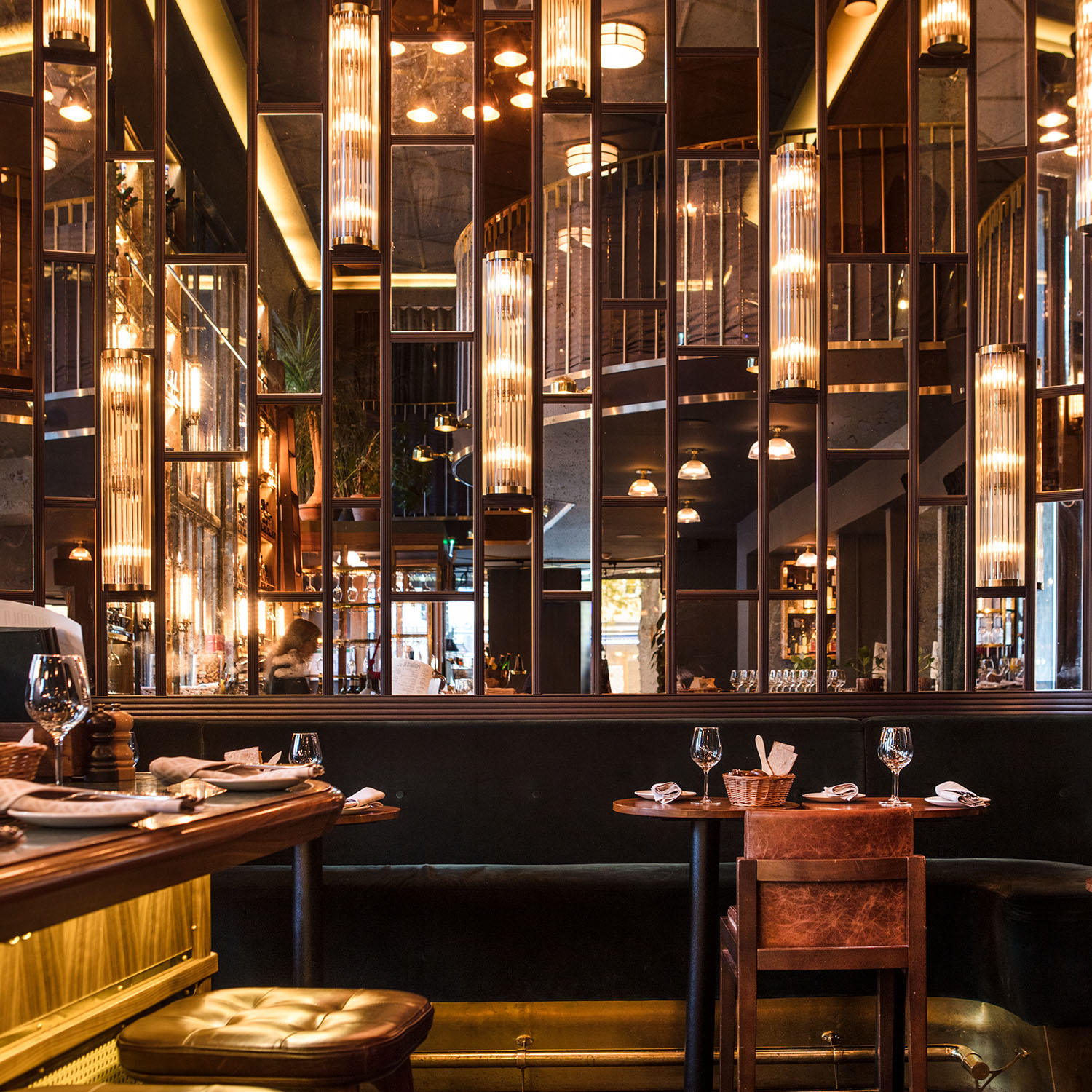