Botanika is a high end cocktail bar located in Tel aviv which serve “straight to the point cocktails” with Scandinavian influences.

Lobby Design created the visual identity which was inspired by  traditional Scandinavian craftsmanship. The result is a quirky identity with a touch of humor, but without losing its high end feel. This included a graphic pattern with detailed illustrations, inspired by artwork by Carl von Linné, vegetation, bar environment and Scandinavia. The pattern can be used as background on printed material or web. It can also be applied with the logo integrated.

Carl von Linné developed a flower clock which he named Horologium Florae. A likely hypothetical creature composed of flowers that open or close a certain time of day. Inspired by that clock, we created a flower for Botanika that works well to apply on, for example, a coaster.

The identity was implemented on business cards, pre mixed  bottles, menus and coasters for the bar. 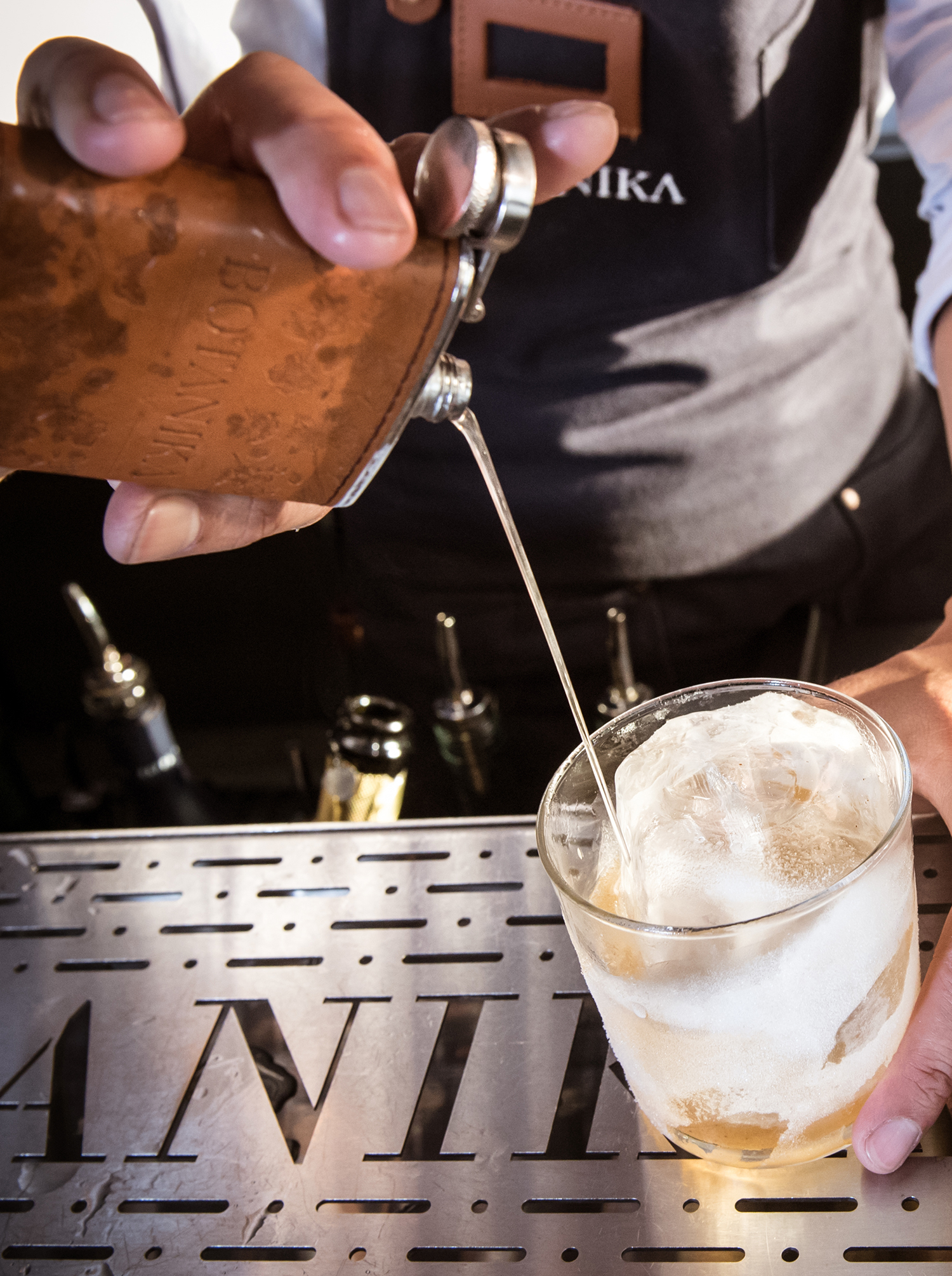